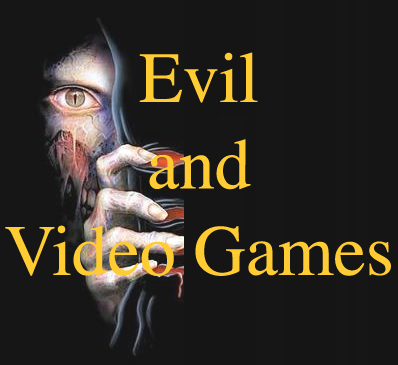 Launched on January 1, 2017, my blog will chronicle my investigation into the relationship between evil and video games. My goal is to post biweekly over the next three years on this subject. My driving hypothesis is that in our liquid neoliberal world, because elite media practices have an increasingly difficult time in articulating evil, a cultural vacuum has opened which has been filled by popular culture and particularly video games.

1/1/2017 — Video Games Rush in!  What cultural labor do video games Often video games are perceived as little more than frivolous child’s play.  Frequently, they are judged as the worst forms of popular culture, just above pornography . . . . .

1/17/2017 — Stranger Danger From the Lisbon Earthquake to Auschwitz, from rape to human sacrifice, from neo-Nazis to ISIS, we all seem to know evil when we see it . The ultimate might be the murder of children, which would seem to be an evil that could universally be agreed upon. . . . . .

11/09/2017 — The Quest for a New Digital Humanism is a twenty-three minute video that explores spirituality in the digital age. It was created by the American scholar of digital religion, Gregory Price Grieve, and voiced by the talented young actor Melat Ayalew. The Quest disrupts how the field of Religious Studies publishes its scholarship, and opens new media channels by which . . . . . .