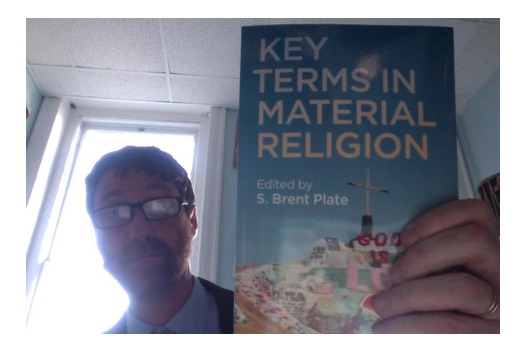 Gregory Grieve’s work has an organic consistency. The main body or trunk of his research concerns everyday religious practice, particularly Buddhist practices, but also Hindu, Christian, and neo-Pagan. This trunk divides into two trajectories, or branches. Each branch approaches everyday religious practice through a specific medium. The early branch studied Buddhism through the medium of religious paintings, specifically the creation and use of thangka paintings in Nepal’s Kathmandu Valley. Thangkas usually depict a Buddhist world, or a maṇḍal—a circular depiction of a heavenly palace—and are painted on portable-sized cotton canvases using animal fat-based tempera paint. His recent and more innovative branch studies Buddhism and other religions through a different and emerging medium: the Internet.

Buddhism, the Internet, and Digital Media: The Pixel in the Lotus (2015) explores Buddhist practice and teachings in an increasingly networked and digital era. Contributors consider the ways Buddhism plays a role and is present in digital media through a variety . . . (more)

Playing with Religion in Digital Games (2014) spotlights the growing influence religion has in digital gaming genres, as well as the increased attention given by religion and gaming scholars from around the world to these trends and their impact on popular conceptions of religion (more).

Historicizing ‘Tradition’ in the Study of Religion (2006). This collection of essays analyzes ‛tradition’ as a category in the historical and comparative study of religion. The book questions the common assumption that tradition is simply the “passing down” or imitation of prior practices and discourses (more)